Who are Ceartas and what do they do? 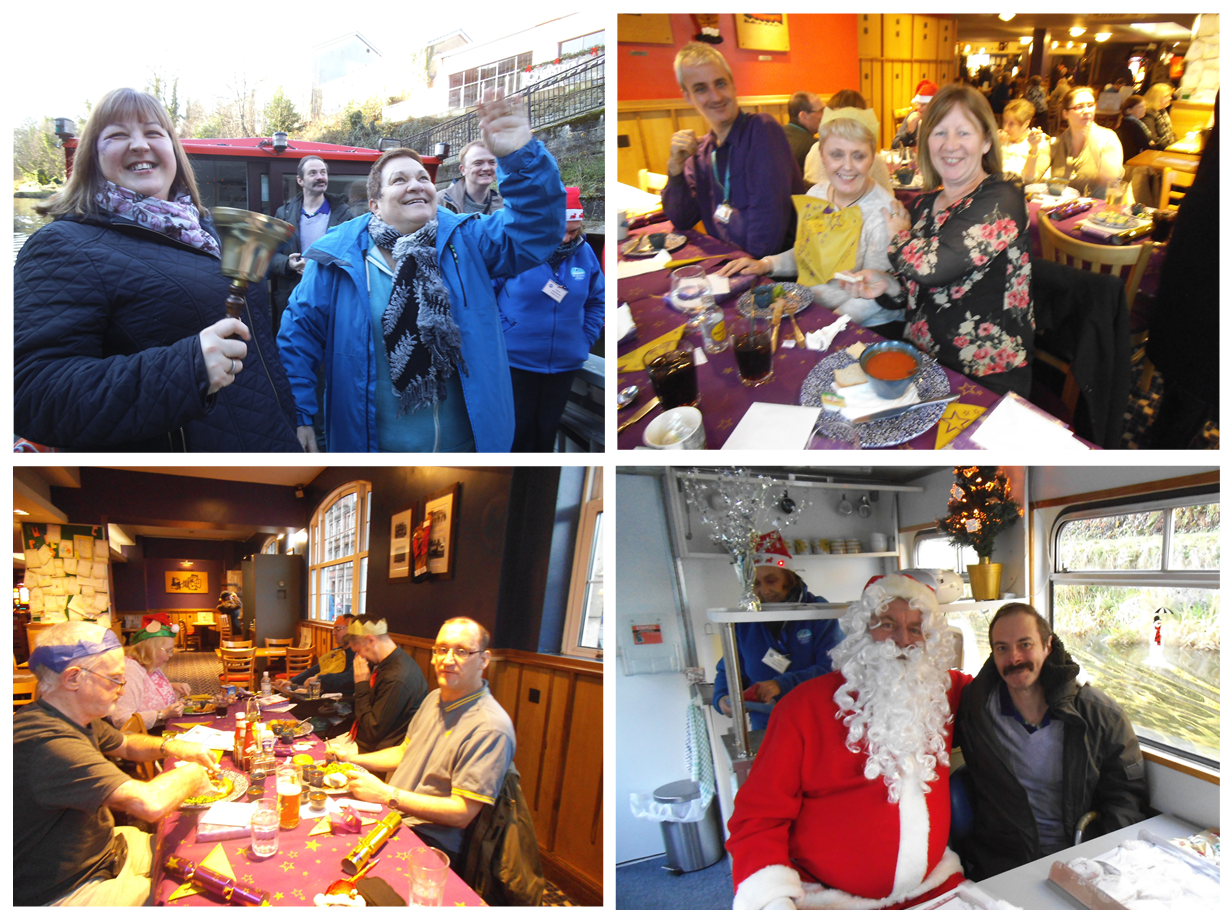 Still Game had their Christmas outing on Tuesday (2nd December) and luckily it was a beautiful, dry and sunny day for the annual Santa on the Barge trip.

We had two boats full of Still Game members as well as some Ceartas staff, as one boat headed for the Stables and the other to Hillhead bridge. There was a sing song on the boats as they floated along to pick up Santa who gave out presents before everyone went outside to give a wee wave to passers by.

Both groups enjoyed a Christmas quiz, hot drinks and mince pies on the boat before a few of the group walked down to the Kirky Puffer for some lunch together after their canal trip.

ABI Cafe had their Christmas outing at the Kirky Puffer on Thursday (4th December) where they had an area reserved and decked out with Christmas crackers and decorations.

During lunch the group played a few games and won some prizes. It was great to see so many people making it along to the lunch

We wish all of our group members a Merry Christmas and we’ll see you in the New Year!!