Your Scotland, Your Referendum

ABI Cafe Back to Business

Your Scotland, Your Referendum 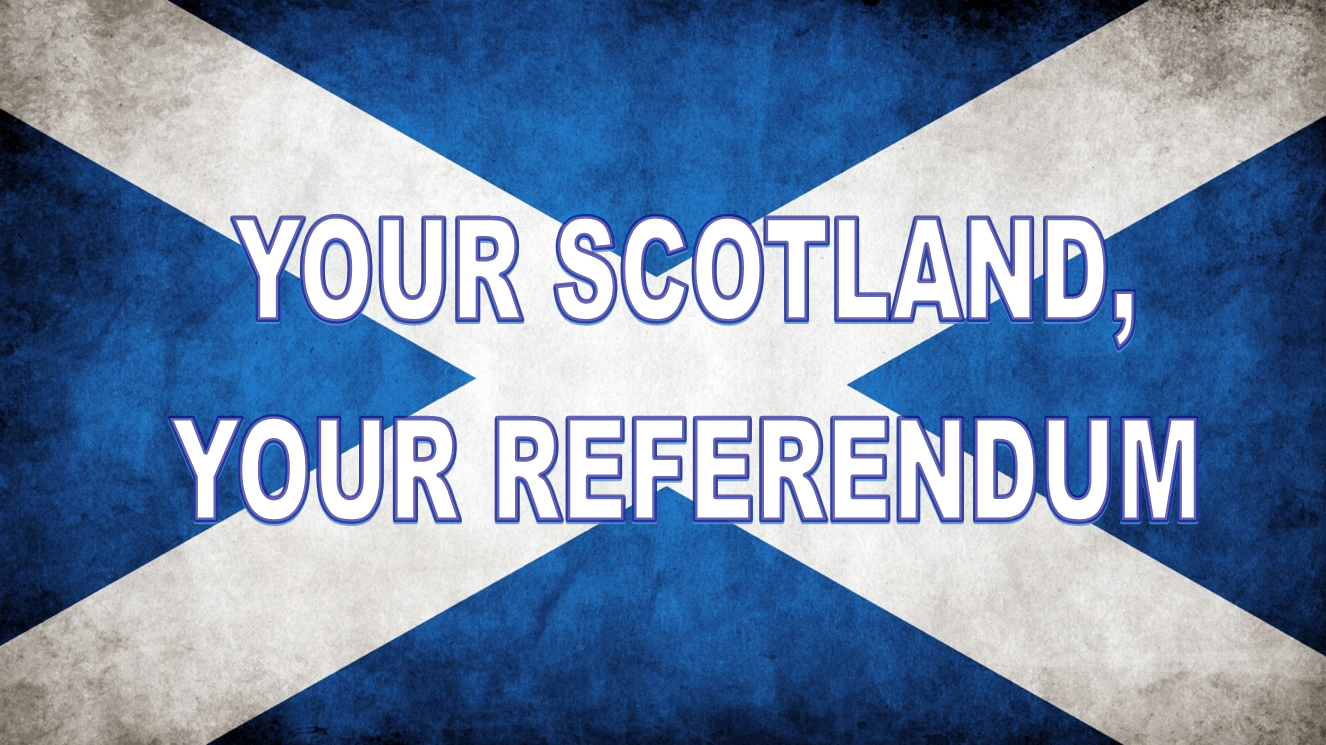 On the 18th of September, Scots will be asked “Should Scotland be an Independent Country?”. Whilst some may know exactly how they are voting, there are still a large number of people who are undecided, mainly through not having all of the information they require to make an informed decision.

With so much information out there, it can be difficult to make sense of it all, therefore a number of useful tools have been developed to make it easier for people to access the information they need.

On the Scottish Government website there is a list of the top ten questions asked, along with the answers, and several other topics, to make it easier for people looking for something relevant to them.

Age Scotland put a series of questions from their staff and older people to both ‘Better Together’ and ‘Yes Scotland’. Questions include “If Scotland becomes independent and I visit my family in England, will I be charged to use hospitals?”

A BBC run website called Referend-erm.com is a way for young people to ask any questions they have about the Referendum.

Between all of these sites are the answers to any questions people may have about benefits, pensions, the armed forces, border control, the BBC and much more. There are even answers to questions you may not have considered such as “If Scotland becomes independent will the national animal still be a unicorn”

However you choose to vote make sure to have the facts on the things that are important to you.