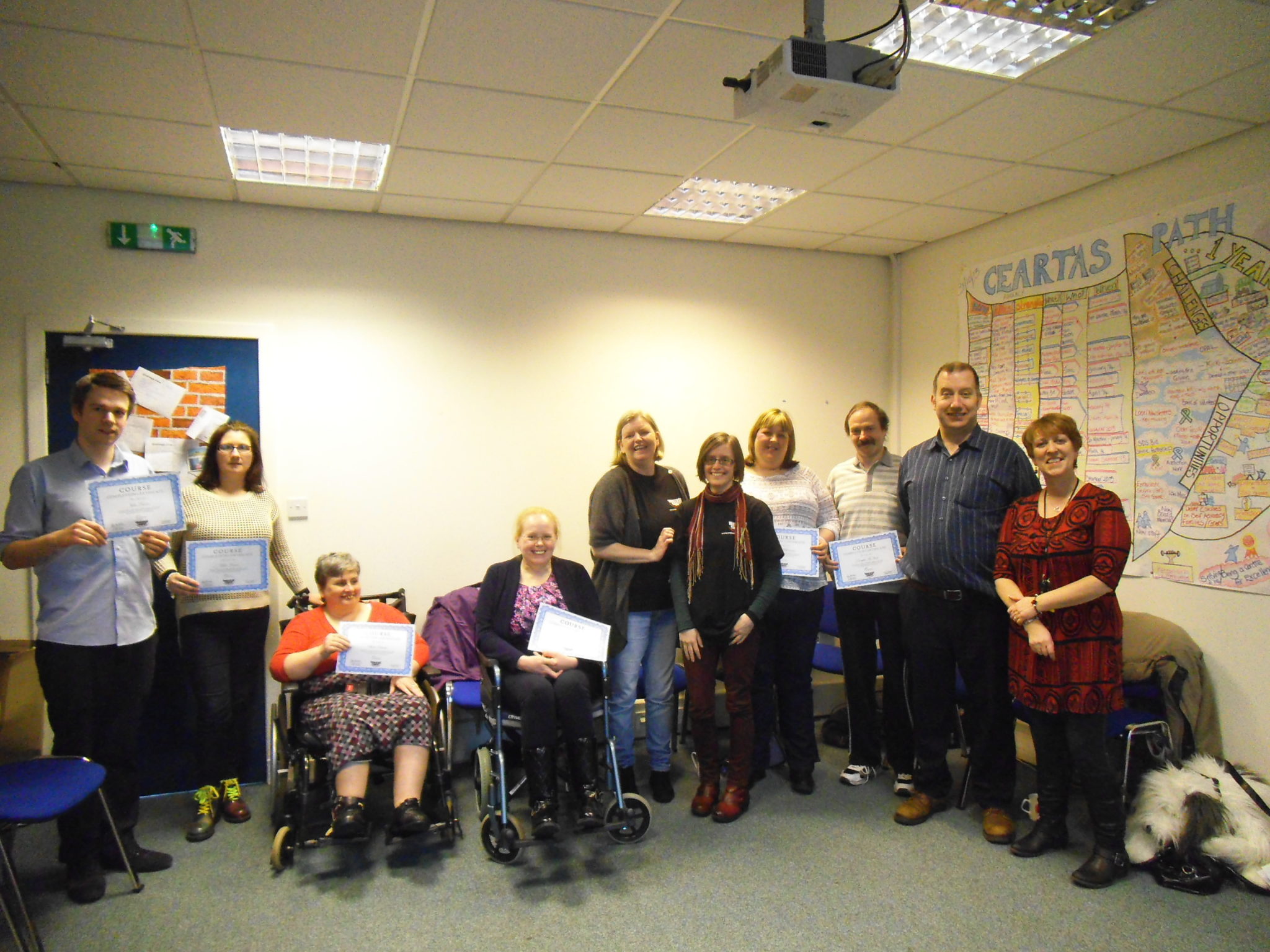 On Wednesday 9th April our 6 week Universal Comedy Workshop course concluded with a hilarious performance in Ceartas offices. The project has seen service users from Still Game and ABI Café take a comedic journey to explore what makes them laugh and how to find comedy in everyday situations.

We’ve had some great laughs over the 6 sessions, with none more hilarious than the final performance which saw service users act out a sidesplitting comedy sketch involving benefit office bouncers and Dulux dogs. With Ceartas staff coming along to witness the big performance, one service user was even confident enough to get up and perform some solo stand-up, leaving the audience in stitches.

One of the most pleasing aspects of our journey together has been witnessing the transformation in participant’s self-belief. Many service users who just 6 weeks ago would be happy to sit quietly, now have the confidence to hold court and tell jokes in front of a packed room.

Ceartas would like to say a massive thank you to JoJo Sutherland and the staff at Universal Comedy Workshops for making the sessions such a success and leaving our funny bones thoroughly tickled.