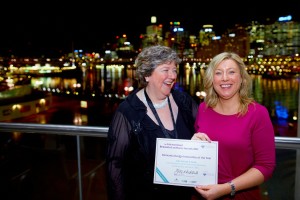 September 2012 was World Alzheimer's Month. In East Dunbartonshire we are working together to help people through diagnosis and the provision of individualised post diagnostic support. In June 2012 the East Dunbartonshire Dementia Network received a commendation at the International Dementia Excellence Awards 2012 in Sydney, Australia. This was given for recognising the individual in service design. The work was described as "an innovative co-production model which keeps the person at the heart of service design." The awards celebrate work around the world that enhances the lives of people with dementia. The International Dementia Excellence Awards are described as recognising the excellent, the innovative and the courageous in dementia care. The judging panel consisted of dementia experts from the UK, France and Australia. Ceartas is proud to be a key partner in the delivery of services to people with dementia in East Dunbartonshire.
Share